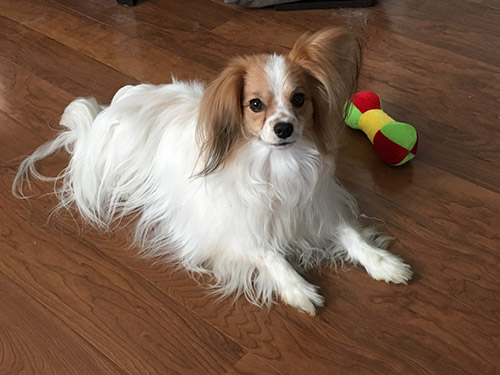 Rhys is a 3-year old AKC registered Papillon, a “butterfly dog.” Most Papillons have two erect ears, but Rhys (pronounced “Reese”) is the Phalene variety that has dropped ears. Only at about five months, his left ear decided it wanted to go up! How cute can you get? He matches his good looks with a sweet personality and pleasing character, and he’s smart as a whip. His favorite toy is a glow-in-the-dark ball, and he knows that if he takes it outside it gets recharged and bright. He takes it outside whenever it loses its glow, and brings it back in for play. Rhys will invent his own games, throwing and catching the ball and taking it to the top of the stairs so he can chase it down. Rhys is shy at first around people but then loves to cuddle up and maybe even sneak in a lick or two. But all anyone needs to do is look into his eyes, which look like he’s wearing spectacles, and see the love he has to offer. 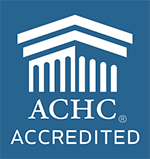